It would be good to think that as the referendum fades, we can look at other ways to progress Scottish identity and culture. This well-written contribution is from the site of the independence blogger Wee Ginger Dug.

“This brings us to one reason why the independence-minded should be willing to support Scots. I’ll get the atavistic nationalist thing, red in tooth and claw out the way now – Scots is ours, and if we don’t cherish it and look after it, nobody else is going to. It’s part of what makes us who we are“. 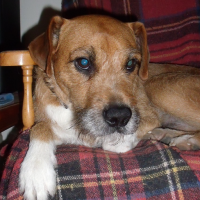 The Scots tungThe Scots tung: how to support it without tying up the Yes movement. A guest post by a Clear Contrair Spirit One of the insinuations heard (admittedly, mostly from English-based media) during the referendum campaign was that the SNP was all about compulsory Gaelic. As any Scot knows, Gaelic is marginal to the Scottish independence…

No kennin muckle aboot it thon soons mibbies mair like Bokmål, but monie fowk here’ll be mair enlichtent than masel…

A nynorsk for Scotland?With the Scottish independence debate we hear a lot about the Scandinavian connections and (dis)similarities. I do have my opinions on many of those despite being completely unqualified, but here’s one thing that strikes me and that I do know something about: how many people (apart from Guy Puzey and Øystein Vangsnes) have commented on the parallels between Norway and Scotland with regard to their linguistic landscape?

via Anghyflawn
Scroll to Top